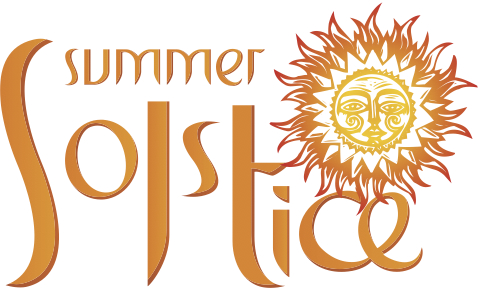 Today in the northern hemisphere June 21, 2017 at 12:34 am marks the summer solstice, the longest day of sunlight. (And my parents’ anniversary!) It is a day that has always been recognized by humans living on this earth, who more closely observed the sun and marked its patterns than we do in our times of electric lights and modern technologies.

There are many ancient sites that were built to worship or acknowledge this annual astronomic event, the most famous being Stonehenge in England and The Pyramids in Egypt, which exhibit openings designed to align with the rays of the sun on the summer solstice (sometimes rising or setting), exhibiting the sun at a certain point in the sky, or creating shadows or rays of light in a certain way only visible on the solstice.

There are many informational articles written on the summer solstice, about both the science and the mystery of it, and I encourage you to read about it and celebrate the long hours of the sun as summer begins.

Speaking of the winter solstice, when our family traveled to Ireland in October 2016 (and before we had a family in 2001), we visited an ancient site called New Grange, where the winter solstice sunrise is marked as a pencil-thin spear of sunlight travels down an otherwise darkened stone corridor in the center of an enormous burial mound. It is impressive, large, and mysterious, since it is not known what was celebrated here exactly, other than the winter solstice sunrise. An intricately carved stone stands at the entrance site, and other large stones surround the structure, one of three ancient burial mounds located about an hour north of Dublin. It is estimated to be around 5000 years old. 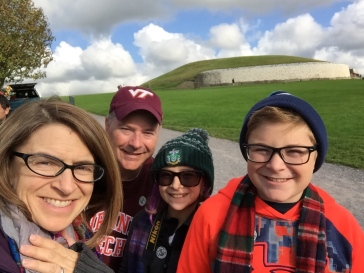 Have you ever traveled to any ancient places? Where did you go and what did you think?

One thought on “Celebrating the Sun, Our Favorite Star”